This year Radež has launched and delivered 6 ships of which one feeding barge intended for fish farms and 5 are passenger cruise ships.The last launching of Nb 25, which was the last in 2016 was performed for the company, “Sunčani dan”d.o.o from Krila Jesenice.

Like most ships constructed in Radež, this ship will be exploited in nautical tourism, that is, will be used for cruises in the central Dalmatian islands and the coast.
The ship is 47.10 meters long and 8.57 meters wide and can transport 45 persons, i.e. 36 passengers and 9 crew members. The total propulsion power of 1000 hp is provided by two drive engines of 500 hp each. In addition, the hull is equipped with built bow-thruster that allows easy maneuvering during berthing.

The ship is classified as a passenger and was built according to the regulations and under the supervision of the Croatian Register of Shipping. 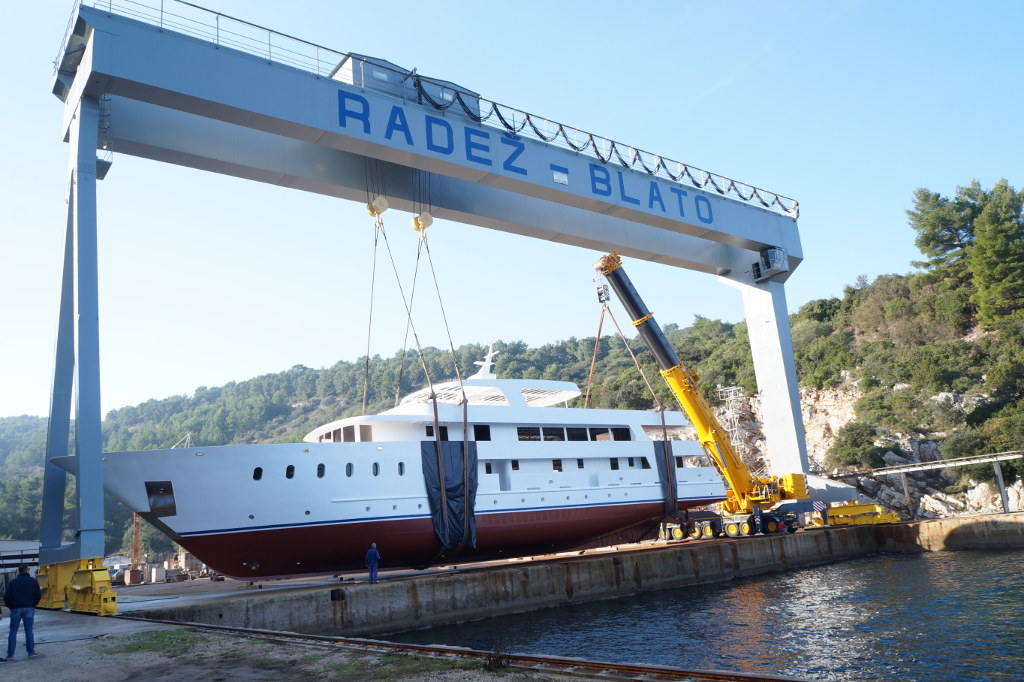 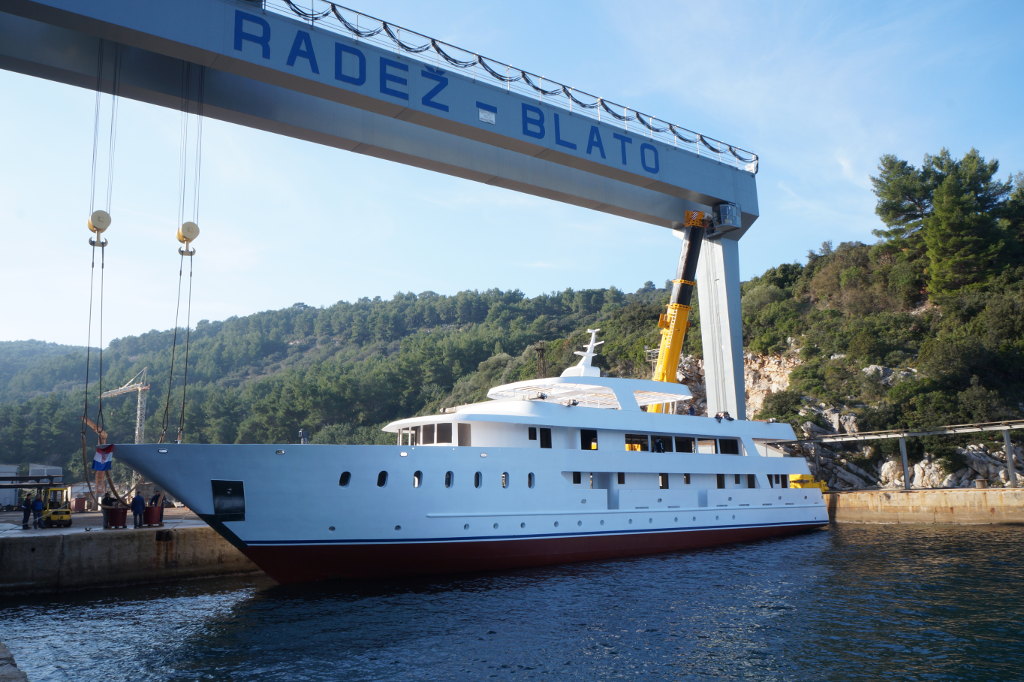 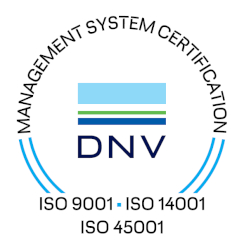